All maintained schools like ours must meet the requirements set out in section 78 of the Education Act 2002 and promote the Spiritual, Moral, Social and Cultural (SMSC) development of its pupils.

We teach and promote SMSC through everything we do in school and more specifically through PSHE, RE, Assembly & Worship, School Rules, Vision & Ethos, relationships and rapport in school, and the use of School Council.

Through SMSC provision schools should:

•Enable students to develop their self-knowledge, self-esteem and self-confidence.

•Enable children to distinguish right from wrong and respect the civil and criminal law of England.

•Encourage children to accept responsibility for their behaviour, show initiative and to understand how they can contribute positively to the lives of those living and working in the local community and to society as a whole.

•Enable children to acquire a broad general knowledge of and respect for public institutions and services in England.

•To develop further tolerance and harmony between different cultural religions by enabling children to experience and acquire an appreciation of, and respect for their own and other cultures.

Through ensuring pupil’s SMSC development we are promoting and teaching British Values. ...

What are British Values?

- a tolerance to regard people of all faiths, races, cultures, disabilities and those that are different with respect.

The DfE have recently reinforced the need “to create and enforce a clear and rigorous expectation on all schools to promote these fundamental British Values. The Government set out its definition of British values in the 2011 Prevent Strategy, and these values have been reiterated this year in the document ‘Promoting Fundamental British Values as part of SMSC in Schools’, DfE November 2014.

What do we do at Dalestorth Primary to promote British Values?

As part of both the RE and SMSC/PSHE curriculum all children will have a British Values lesson at the beginning of every half term.  There will also be references to British Values made during other subject areas.

We had a fabulous morning showcasing some of our amazing talent. This included: singing, dancing, gymnastics, magic and joke telling. Our children really are talented. Well done to everyone who took part and everyone who auditioned. Amazing!

On Thursday 27th June, we spent time after school selling our amazing products that each class had thought about, made and then sold. The class were allowed to spend a maximum of £1 per child to get the resources they needed. There were some truly innovative and creative ideas ranging from popcorn, candle holders, hair braiding, loom bands and much more. Have a look at the photos to catch a sense of Dalestorth at it's best!

On June 19th 5 children from Eco club, with Mrs Redfern had the opportunity to visit the National Memorial Arboretum in Burton on Trent.

They went at the invitation of the New Cross Community Link Group and they joined 3 retired members of the Royal Green Jackets and some children from Mapplewells.

Our children were a credit to us, even the staff at Mapplewells said so.

Whilst they were there they explored the grounds and visited some of the memorials including the one for the Royal Green Jackets. The 3 retired soldiers had a chat with the children and explained what the memorial was about and why it was special to them. They generously gave everybody a poppy pin whilst we were at their memorial, which was quite a special moment.

As part of the visit we had a workshop linked to the poppy. We learnt about the history of the poppy, and why we use them to remember the service people who have served and died during conflicts. We discovered why poppies are sold and what happens to the money and who is helped by The Royal British Legion who run the Arboretum and are responsible for the poppy campaign. We explored what it is like to try to make the paper poppies we see sold for Rememberance Day. We tried making them with our good hands behind our backs and then we did one with our eyes closed. This was because many of the ex service people who make the poppies have been injured in conflicts and may have an arm missing or even be blind. We were all challenged in different ways as we did this and it helped us to empathise with them. We were then given the poppies we made so that we could leave them at a memorial of our choice later on in the day.

Finally we read the poem "In Flanders Fields" by John Mcrae together as a reflection on the costs of war.

Below are some photographs of our visit, memories that will last for a very long time. 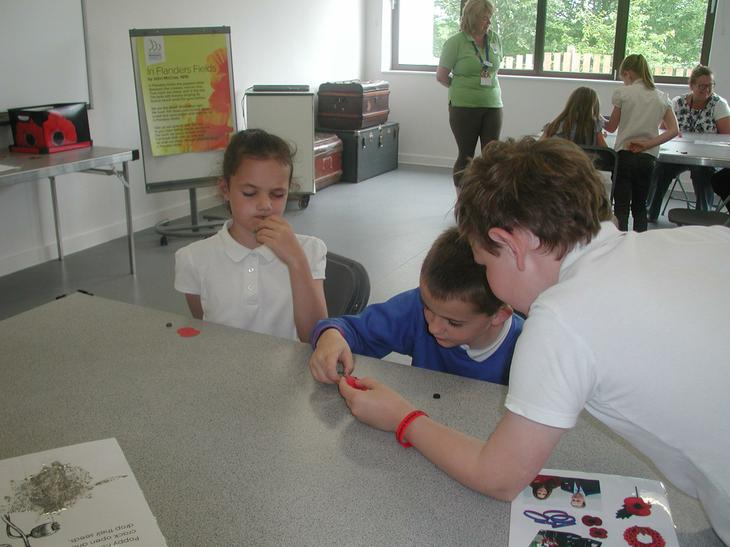 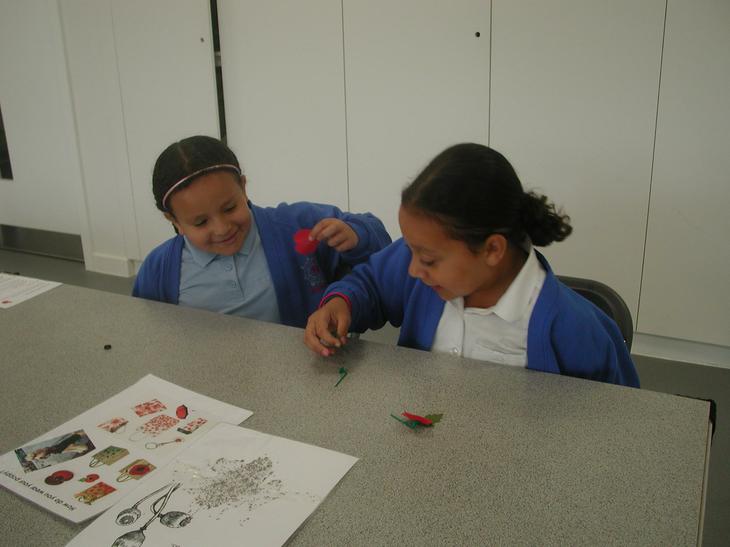 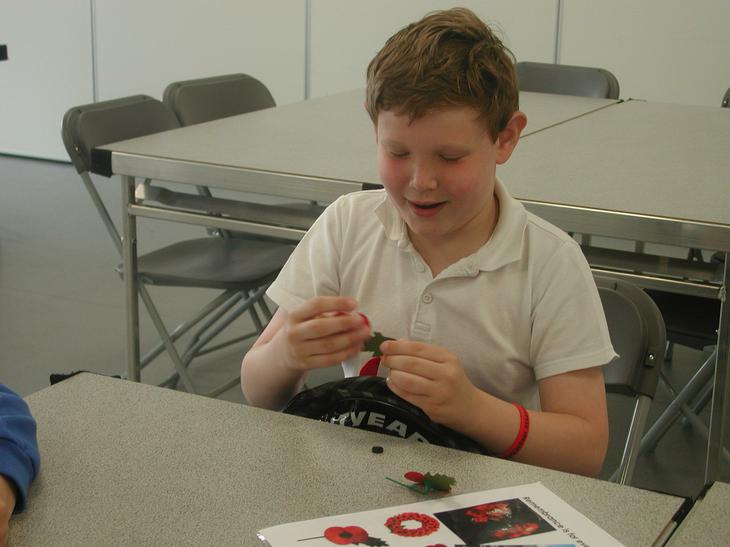 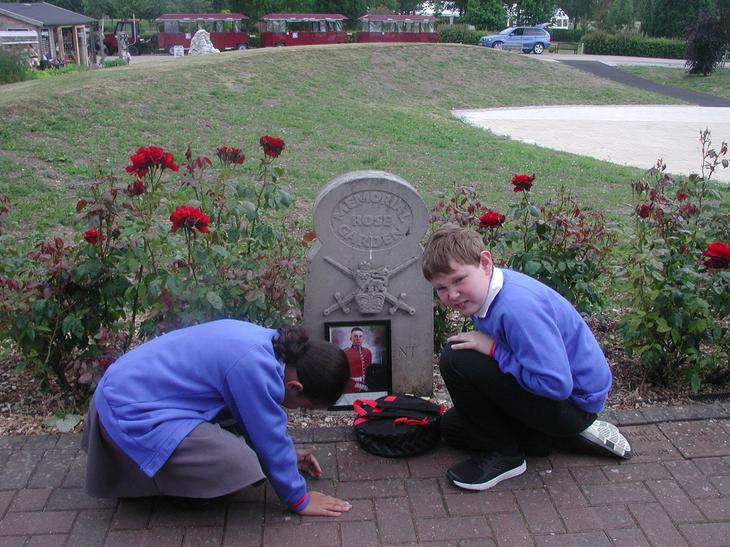 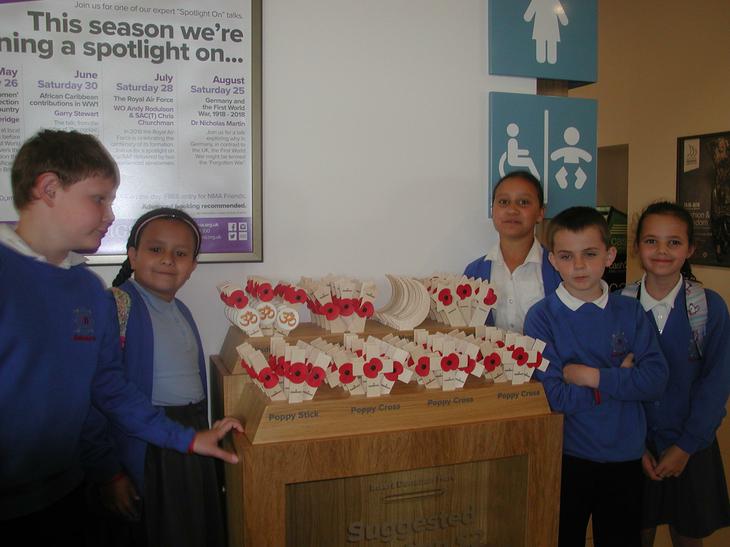