These are our sports ambassadors for this school year. All the children are really eager to help organised exciting competitions during break times and have been busy planning the first of these for the week beginning the 12th November. They have decided to run a speed bounce competition for both KS1 and KS2 children. Look out for updates during the week!

We finally got to carry out our catching and throwing competition after having to postpone in December due to lots of rain! The children worked in pairs of their choice to see how many times they could throw and catch a call in 30 seconds. The children had great fun working with their friends from different classes. 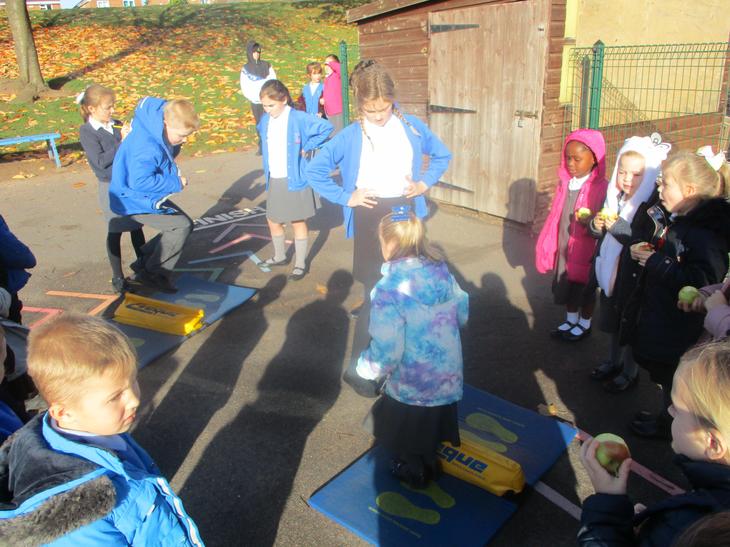 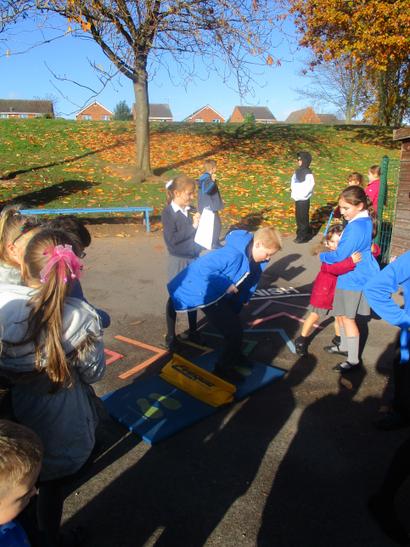 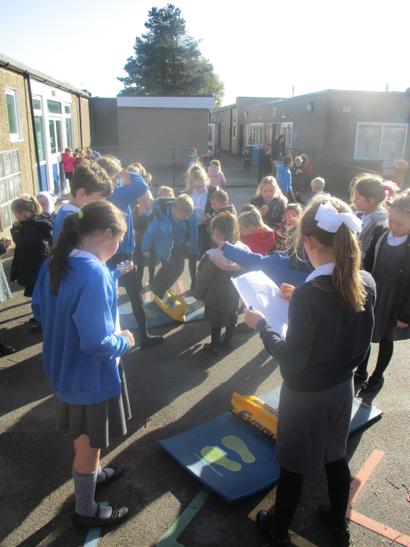 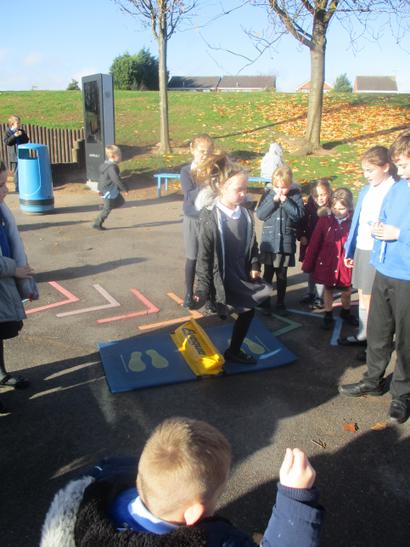 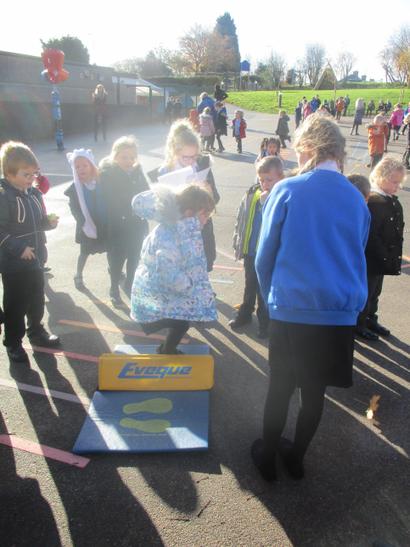 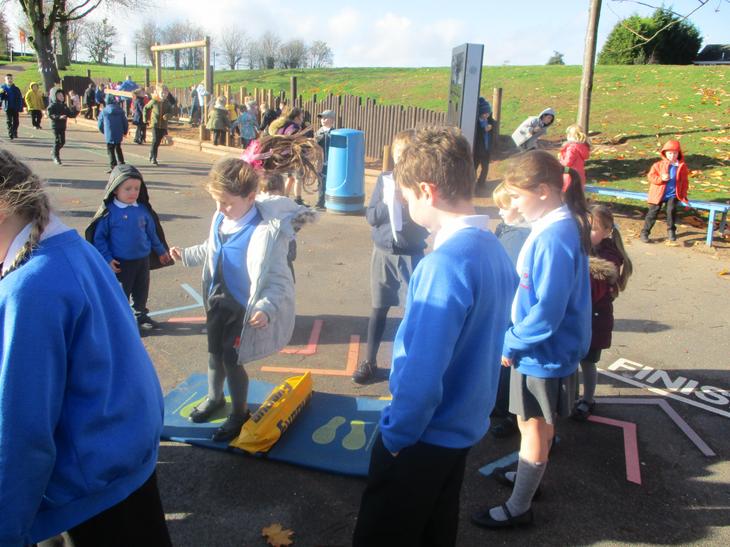 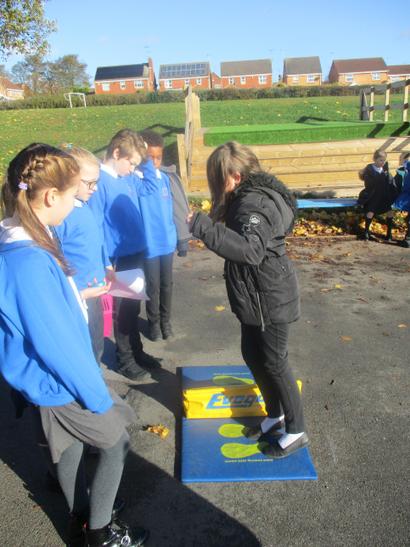 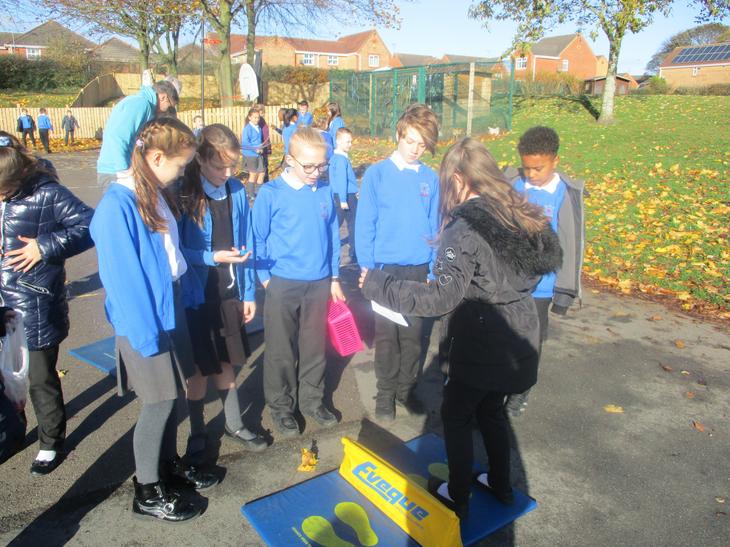 Below is a photograph of our Sports Ambassadors for this year.  These children were elected by their peers at the start of the year, and as part of our sports provision in school, it is the role of these children to plan and run small sports competitions during playtimes/lunch breaks.  They have received training to help them with their role in school and have planned their first event of the year. This will be a throwing competition.

The next competition is beginning on Monday 22nd January. Our ambassadors have decided to run a speed bounce competition to see who can bounce the most times in 30 seconds. Look out for them talking about the competition in assembly and running it during break times. They are really excited to have receive their shiny new certificates to present to the winners in Praise Assembly in Friday. 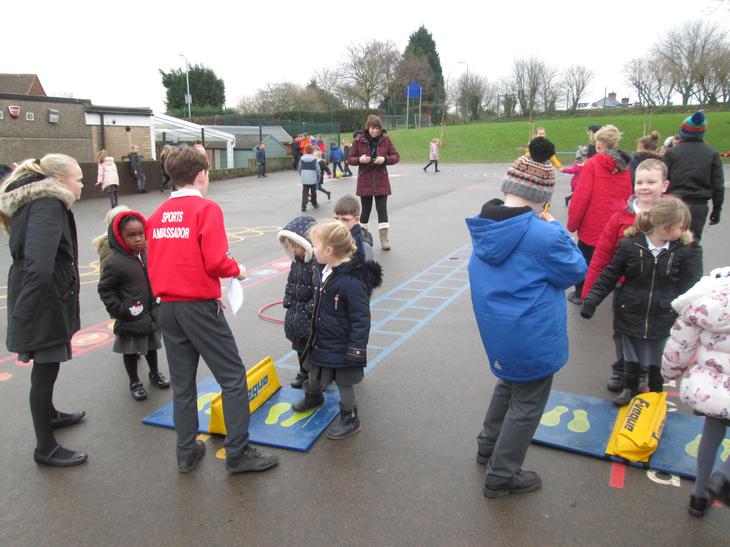 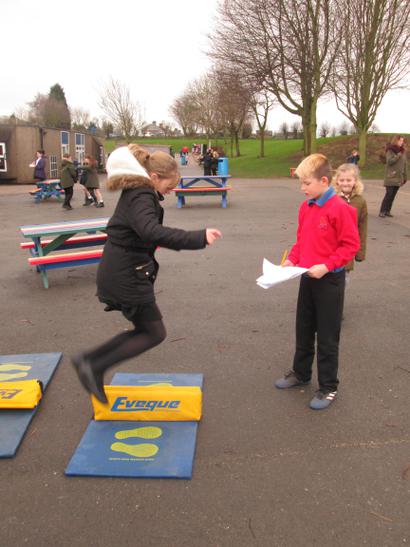 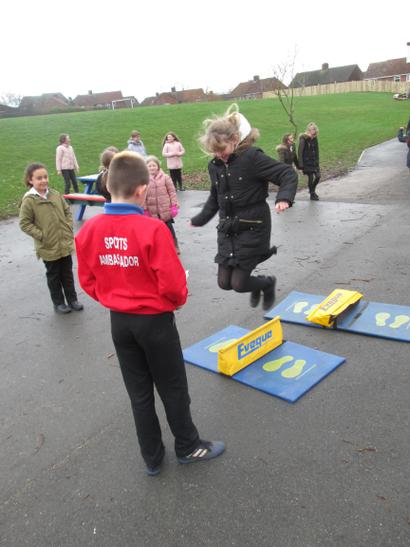 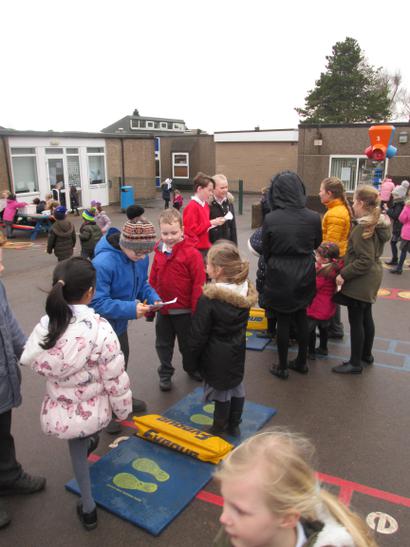 The sports Ambassadors had a very successful meeting with Dean Bowler from Sutton Academy. Dean is working with the children to help support them in their role as a sports ambassador. They talked about the different types of competitions they may run in school, how to organise these and how to adapt them to suit all of our children needs. The sports ambassadors are looking forward to putting their training into action when we are back at school in January.

Next week our Young Ambassadors set to work again getting our children active and competing. They have planned a jumping competition and this will take place at morning break and lunch times. They launched this in praise assembly and are looking forward to finding some children who could be the next Olympic long jumper gold medallists! Good Luck everyone!

Lions and Tigers having a go at Target Shoot

Here are the results for Target Shoot: